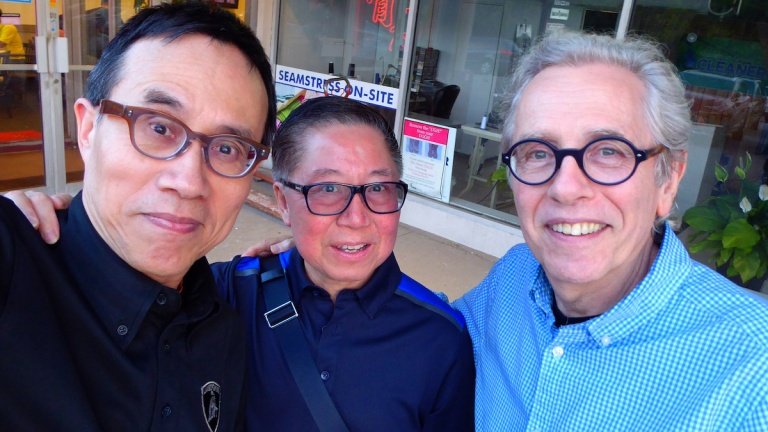 Most of us who know Mike Fromowitz look up to him as the legendary advertising guru who inspired and nurtured creativity and built up agencies by raising the creative bar. I have the privilege of knowing Mike as a talented, passionate artist, a loving husband and caring father, and a firm believer and advocate of equality and democracy.

In late summer of 2014, Mike reached out to me through our mutual friend Paul Yee and invited me to dinner. I’ve known Paul since his days of TV production manager in Leo Burnett Hong Kong. He came to Toronto in early 90’s, founded the TV production house China Syndrome and became Mike’s trustworthy production partner.

I had known Mike by reputation in Hong Kong during the so-called golden era, but never crossed paths with him, although, I had almost accepted an offer by Mike Chu to join The Ball Partnership. I had been living in Toronto for twenty years, but never knew that it was Mike’s home town, and that Mike was running an ethnic ad agency called Ethnicity. But that didn’t give me enough reason to meet the man. I had happily retired and been doing well for so many years without ‘knowing’ him. Why should I, a dedicated homebody, to the fullest extent, want to be his friend now?

Without committing myself to his invitation, I sent Mike an email and followed up with a courtesy call by phone. The man came across as gentle and friendly. We chatted casually, probing for a common interest other than advertising. It turned out that the well dressed award-winning adman was also a serious artist. When he mentioned that his art exhibition would still be on, for a couple of days, I was intrigued. Would his art be as good as his ads?

I noted down the venue and drove up north the next day to find out. It wasn’t a grand exhibition but the impression was tremendous. The collection “Under Sacred Skies” comprised of no more than twenty large oil paintings in 3:1 ultra-wide format. The great Canadian outdoors was magnificently captured at different times of the day. One could say that the technique is realism. But there is more to it. The atmospheric ambience and the meditative serenity seemed to be seeping through the varnish that I could almost hear them whispering. My thoughts were carried beyond the expanse of the unframed canvas.

That evening I confirmed the dinner appointment.

I was glad that I sneaked out of my hermitage to meet Mike. The dinner must have lasted for almost three hours, until the restaurant owner discretely gave signs that he’s closing. Before we left, we took photos in front of the Hong Kong scenery mural backdrop, and nostalgic retro street scene decor of a pawn shop, barber shop, and cigarette stall. It felt like we hit 88 mph in a DeLorean.

We both didn’t expect such a good rapport that we almost felt sorry that we had come to know each other so late. In the years that followed, we had regular dinner every month or two, rain or shine. Well, except once I had to call from my car to say that I couldn’t make it after being caught in a snow storm for over an hour.

This year, the pandemic forced all restaurants to close. We had to cancel our March dinner. In late April Mike sent me a message suggesting a new Chinese restaurant for dinner as soon as the city resumed to normalcy. We both desperately needed our dinner. Mike suggested half jokingly that we could have virtual dinner online. He poked me on Messenger: “What’s for dinner?” I reciprocated with photos of sizzling dishes fresh from the cooktop. When I had my Facebook account locked in May and our Messenger communication was cut off, we chatted over the phone. The last conversation we had was a few days before he suddenly passed away. I was told that after posting a joke on Facebook, Mike went out for a walk and passed out on the lawn. When he was found, he was gone.

What made our dinner so special? Not so much the food on the table obviously, but the sumptuous food for thoughts. Advertising was one inevitable topic, though not the frequent one. What nice ads or what stupid ads we saw recently. (It’s not difficult to guess what became scarce and what came in abundance.) How advertising was cursed to die, but not quite dead yet. A few weeks ago I recovered an old article written by Mike when he was regional creative director of BSB Hong Kong. It was hidden deep in my dust covered advertising treasure box. I didn’t know that I was his secret admirer back then and I was planning to show him the clipping next time we would meet. “Advertising won’t be fun for a long time unless we get back to hiring the best creative minds we can find and give them the environment, the trust and the clout they need to exercise their creative and leadership abilities.” Old wisdom that has withstood the test of time.

Naturally for people of our age, we had an insatiable appetite for the good old days. Mike enjoyed telling the story of how he became friends with the Chinese movie director Zhang Yi-mou through the hospitality of Charlie Wang, owner of Salon Films. How he went to Vietnam to build up an agency from scratch when the only form of advertisement in the country was billboard, if you’re lucky to find one. The best story of all was how Michael Ball invited him to his ranch in Australia, pointing out to him stretches and stretches of land beyond the horizon, then reassured him, “If you work hard enough for me, all these, one day, will be mine.”

Mike had found his own way of expressing his love for nature through art and living. His home in the northern suburb was set in a forest. He was a graduate of the Ontario College of Art and Design, the largest and oldest Canadian educational institution for art and design that received university status in 2002. Apart from his panoramic landscapes, he had also painted abstract art on canvases in irregular shapes. I revisited his website last night and was deeply moved by the loss of such talent. Mike could have easily made a name for himself as an artist or photographer but he never boasted about his special gift.

Once he came to my place to see my newly finished Mona Teresa, which was being “exhibited” in the Louvre (courtesy Adobe Photoshop). Mike said he recently had a similar idea of developing an app for artists to exhibit their works in great museum of their choice. I thought that’s a great idea and suggested a name of the app: “Hang-in-there”. During the pandemic, many world renowned museums were offering free virtual tours. I suggested that Mike should do a virtual exhibition on Facebook but he didn’t seem to be interested. The confluence of artistry and modesty. Modesty won.

Being of Polish descent, Mike had exceptional political sensitivity, and a quality of being morally right. We had our first dinner in September 2014, just a week before the Umbrella Movement broke out. From that time onward, Mike showed genuine care for the fight for democracy in Hong Kong. Every time we met, the first thing he asked was “How is Hong Kong?” When one million Hongkongers took to the street in protest of the Extradition Law Amendment Bill in June last year, Mike followed closely the news, about the police brutality, and continued to do so until the end. He did not recoil from authoritarian rule, and always stood firm in solidarity with the young people of Hong Kong. Conversation over our monthly dinners became impassioned and full-hearted. During one of the many dinners, he gave me a poster that his agency designed back in 1989 in protest of the Tiananmen crackdown. The poster depicts the PRC flag on top, and the Nazi flag at the bottom, a bold title ran right across: “Two countries. One system.”

But we never let our hearts sink too deep into political despair and human injustice. We always poked fun at each other. Once I photo-edited my old Hennessy XO “Art Gallery” print ad to showcase two of Mike’s panoramic paintings and the artist himself as the XO man. Another time I digitally mocked up an Esquire magazine front cover featuring Mike, the man at his best.

About two years ago, Mike had a minor stroke while he was in Vancouver. His family spotted the early signs and had him taken to hospital in time. We had dinner shortly after he returned to Toronto. He spoke at a slower than usual pace, and told us that he was having speech therapy. In the next few months he recovered completely and was cracking jokes again.

Then he made the decision he had been pondering over for quite some time. He relinquished his role of creative partner from his ad agency. He told us that he was walking at least two kilometres everyday, in a community centre. He looked more healthful and cheerful every time we met. As well, he began telling us more about his wife Marli Joy, his daughter in Ottawa, and his sons in British Columbia, running an organic farm and sending him photos of their crops on regular basis. He started to tell us that he was planning to move to a new home, so he could spend more time with each of his children.

For my own selfish reason, I secretly didn’t want him to move out of Toronto. I knew then, just as I know now, I will miss having dinner with him.

P. S.
I am truly blessed with Mike’s inspiration and camaraderie.

We have so much in common, our love for art and creativity, and above all, care for our family. I’m privileged to be able to pen down his true passion for art, as a tribute to my best friend. I’m sure a lot of his friends, as well as the local Chinese ad industry, especially the new generation that knows him only by reputation, will be pleasantly surprised when the untold story of his special gift is finally revealed.

Yesterday as my wife was driving us back home just before sunset, I looked out the window.

The sky was amazingly beautiful and I realized that from now on I would think of Mike whenever I looked up to the sky.

I have to believe that it’s God’s will to have Michael and myself brought together, at long last. The day I drove up to see Mike’s exhibition in Pheasant Run Golf Club, the sky looked magnificent. I stopped my car on Warden Avenue, just a few minutes before I reached the golf club, and took some photos (attached below).

That was before I saw Mike’s “Under Sacred Skies”. And I didn’t know that I had been driving under sacred sky all along. 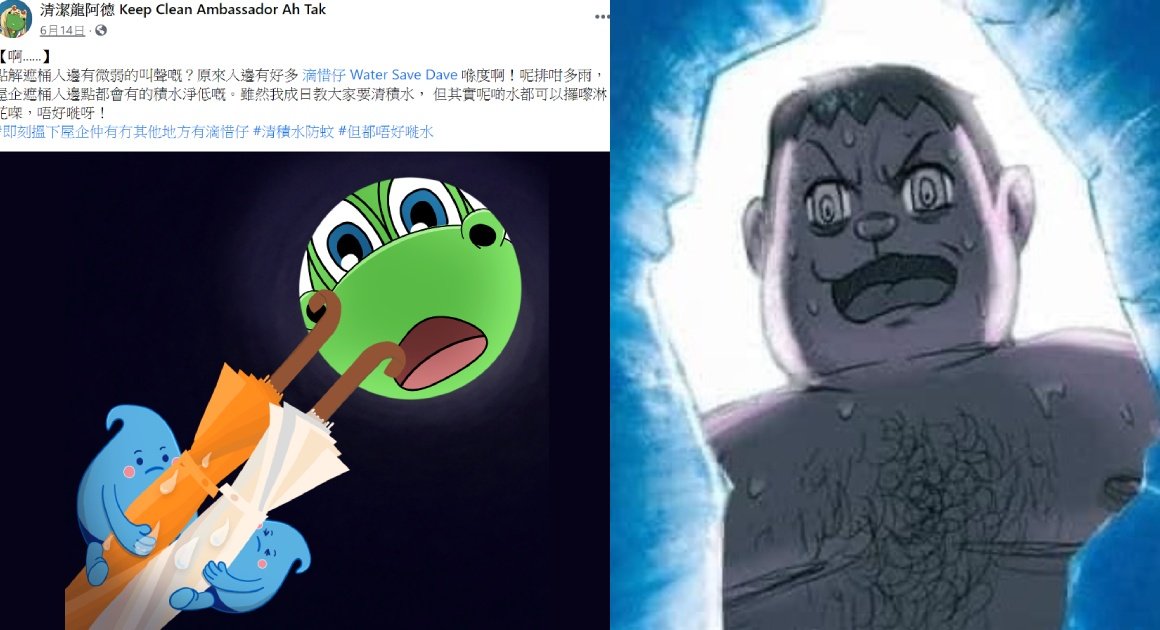 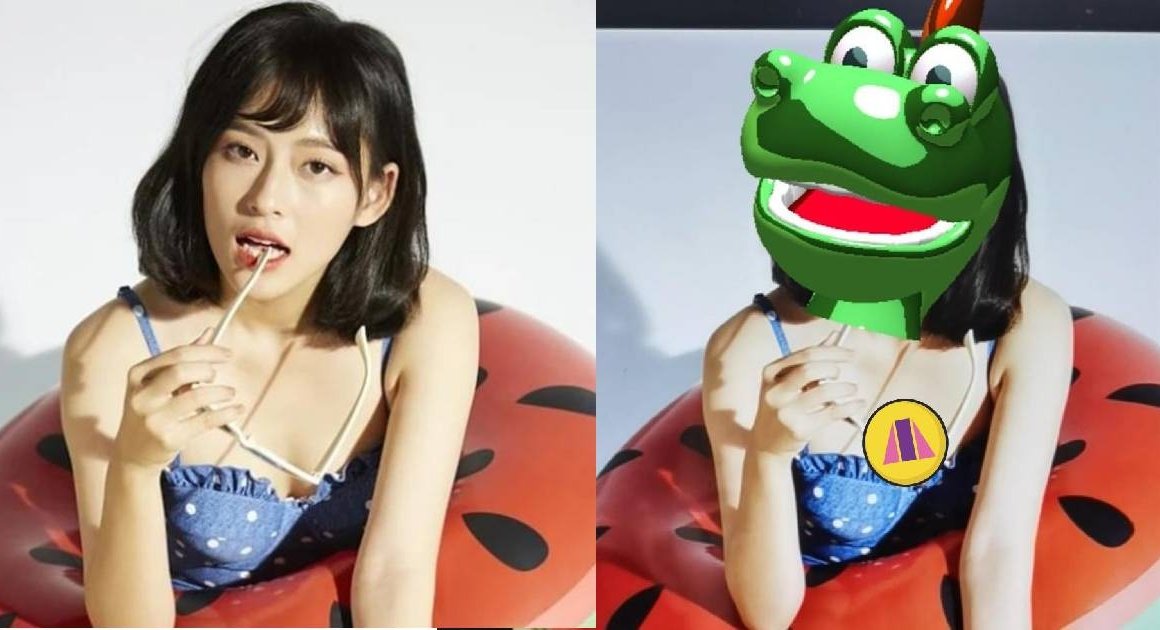 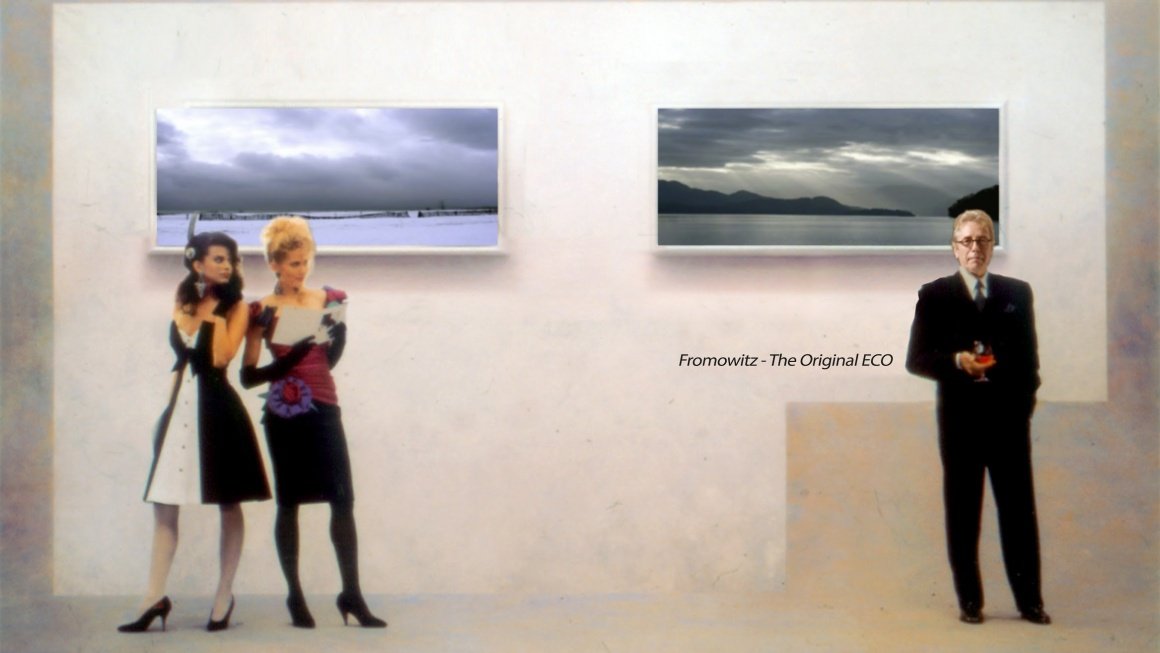 Back To Top
Copy link
CopyCopied
Powered by Social Snap